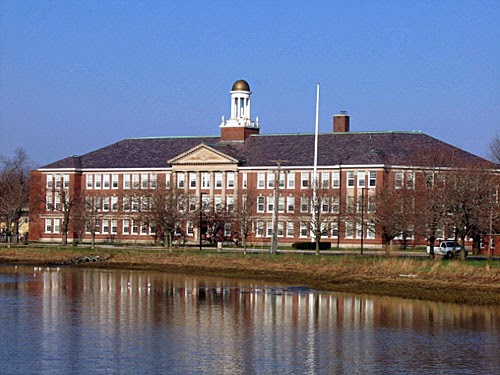 Some of the bottles had pretty interesting histories.  Interns and volunteers have done research on the bottles found at the middle school and their histories will be on display in a new case in the main hallway.  Next time you get called to the principal's office, be sure to take a look.  Here are just a couple! 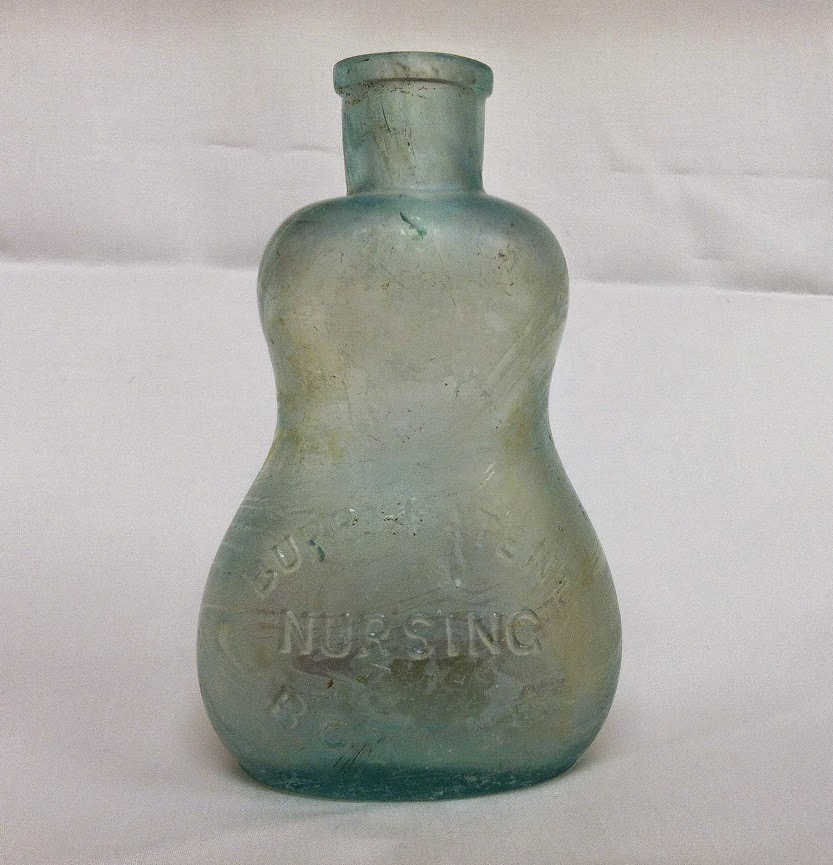 This Burr’s Patent Nursing Bottle dates to the 1870s. Archaeologists have recovered pottery vessels for feeding infants that date to around 1500 BC.  Glass nursing bottles became common in the United States by the late 1700s. By the 19th century, Americans' interest in infant health had generated an increase in bottle feeding infants and the first nursing bottle patent was issued in 1841.  A glass bottle like this one would have been accompanied with a mouthpiece attached to a tube within the bottle. 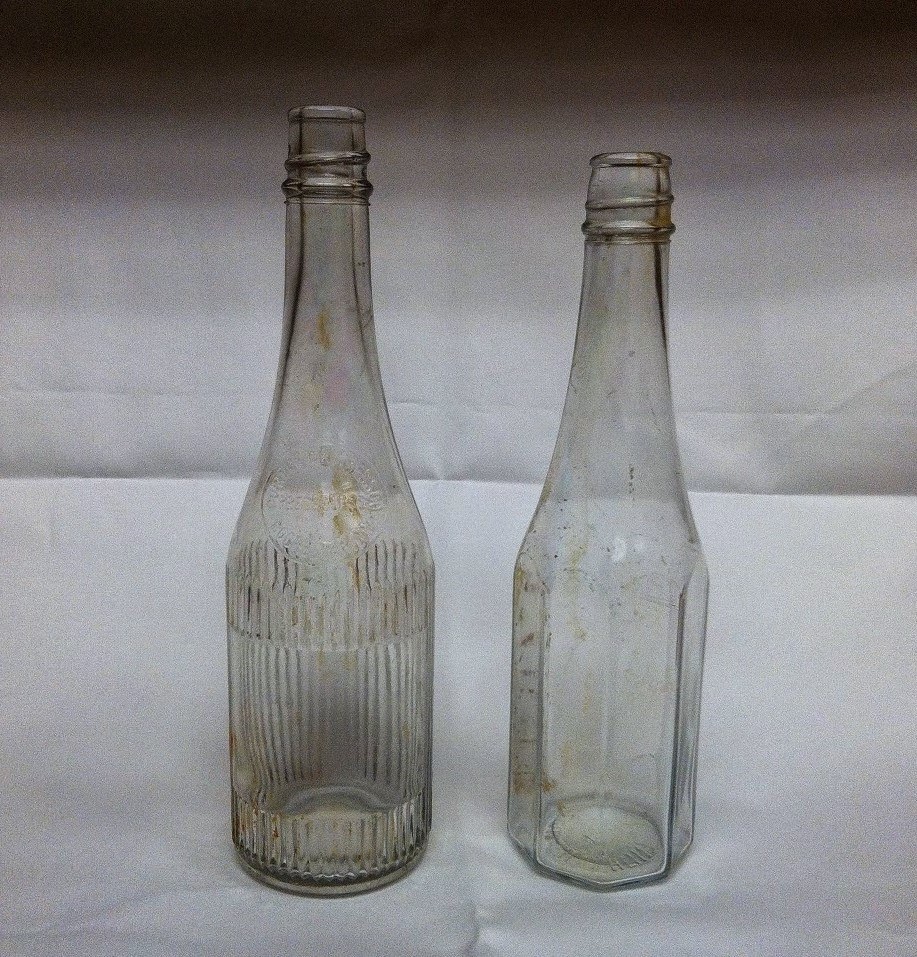 These are two ketchup bottles from the early 20th century.  The Curtice Brothers Preservers Company bottle on the left would have contained Simeon and Edgar Curtice's Blue Label Tomato Ketchup.

A Heinz bottle is on the right.  This is an early Heinz Ketchup bottle from between 1911 and 1919, looking fairly similar to the octagonal bottles you can still buy today.

Heinz Ketchup was first sold in 1876 and has consistently been packaged in clear bottles, in an effort to showcase the quality and purity of the ketchup.  This was an early focus of the Heinz Company, as they generated debate over the use of benzoates in ketchup.  The benzoate debate led to decline in the popularity of other ketchups, allowing Heinz Ketchup sales to rise.

We found quite a variety of artifacts in the 1960s fill that we excavated above the mikveh.  We weren't sure whether the artifacts are associated with the Pecunies household or whether they were brought in with the fill.  As we've begun processing material culture, though, we've learned about a couple items in particular that were probably part of life for the Pecunies. 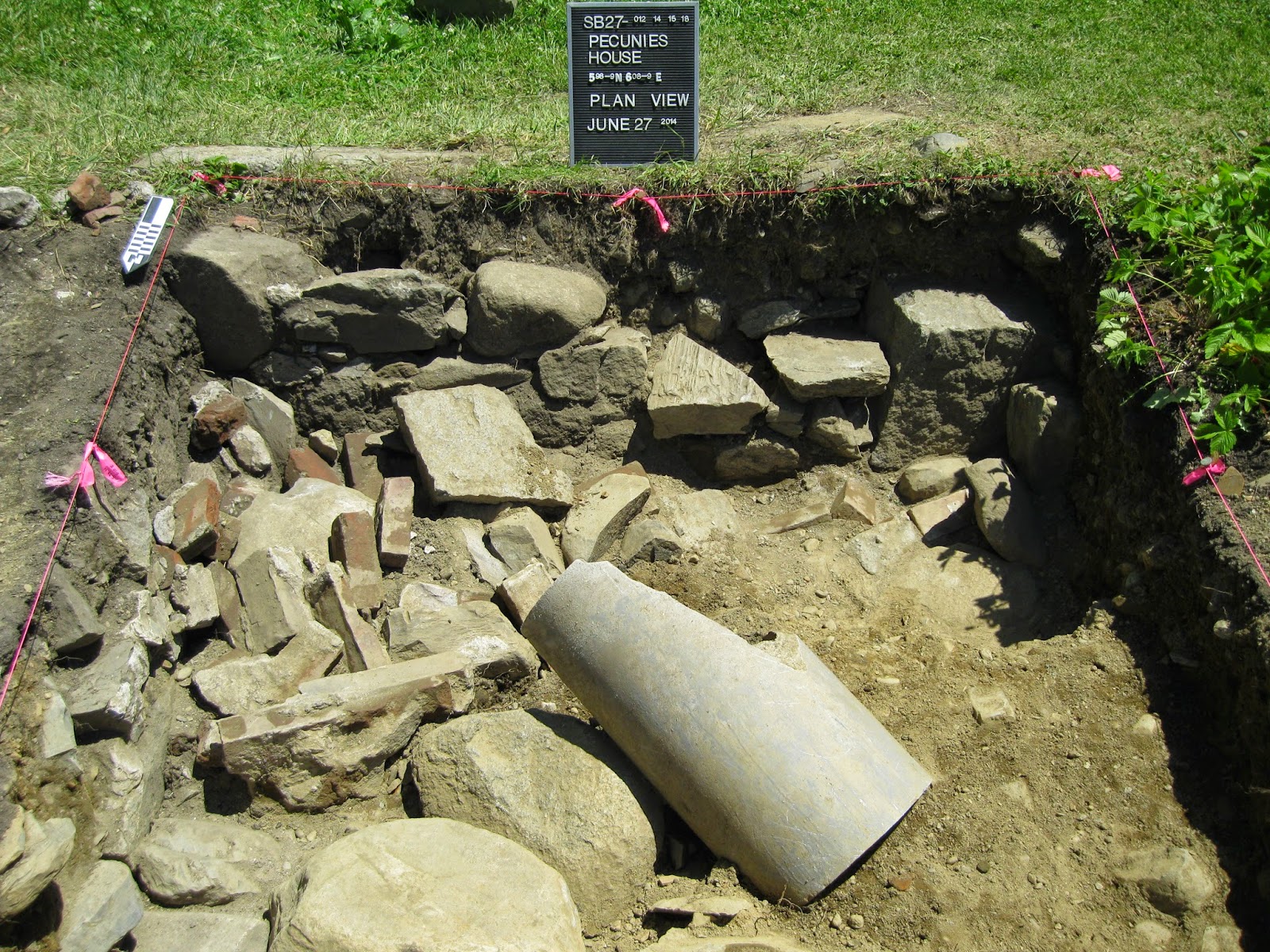 For example, there was a large pipe we recovered from the eastern side of the foundation.  It turned out that this piece of pipe (based on material, size, and color) would have been from the Portsmouth Naval Shipyard.  Local history tells us that shipyard employees sometimes brought home scrap material for various uses.  John Pecunies (Ronnie and Kay's father) worked at the shipyard, so it is more than likely that this pipe was in the household prior to filling. 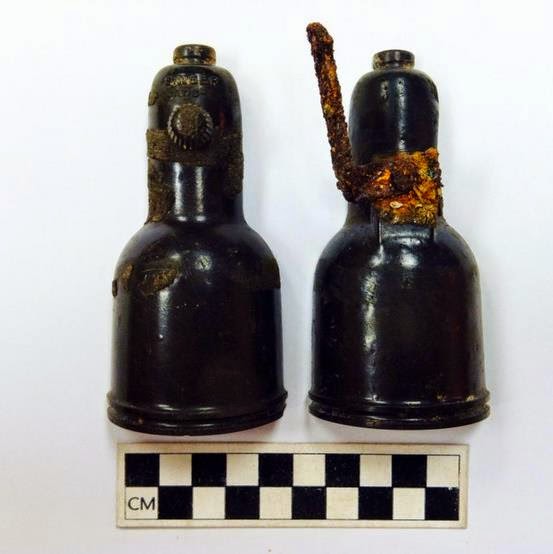 Another interesting artifact that was recovered from the western side of the excavation block was this light fixture.  A little research revealed that it is a lamp from a 1941 Singer model 128-8 sewing machine.  Below is a graphic of the sewing machine from a historic Singer catalog which lists parts, and a photo of the back of the sewing machine, showing where the lamp would have been connected.  Knowing that this is from a household sewing machine and being able to date it to the 1940s, shortly after the Pecunies family moved into the house, makes it likely that this is part of Emma Pecunies' sewing machine!  It looks like the team who tore down the house in the 1960s used clean sand and gravel to backfill the foundation, just as we did when we backfilled the excavation! 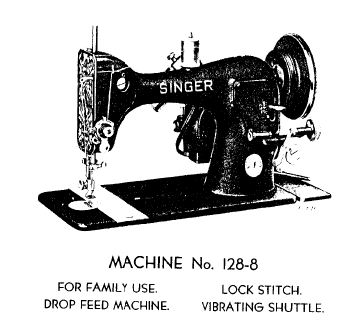 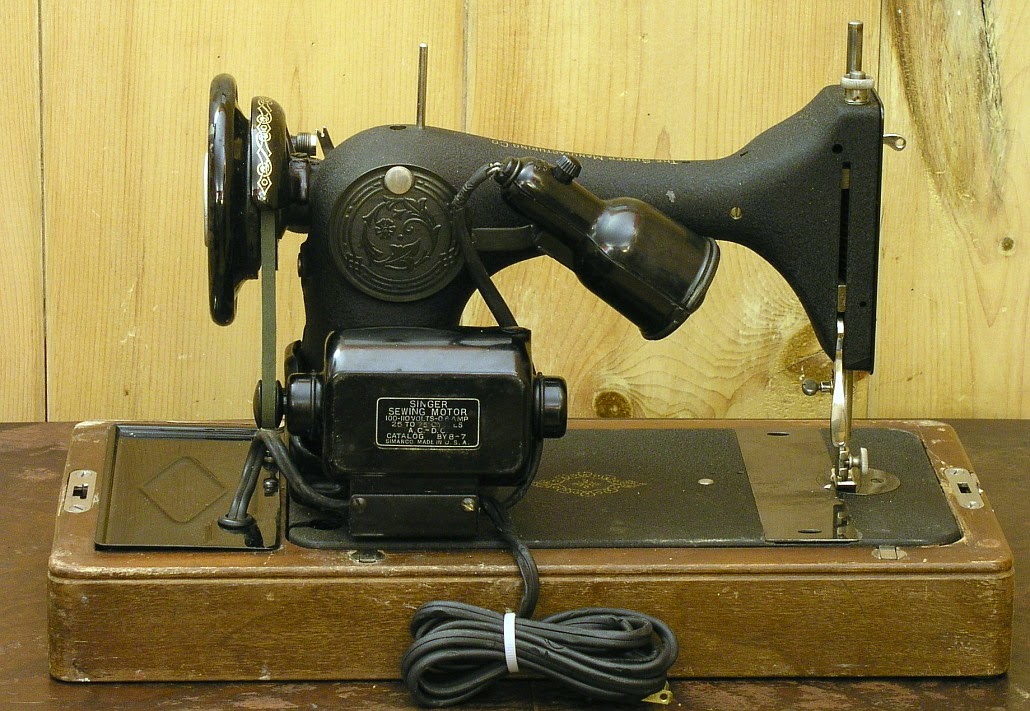